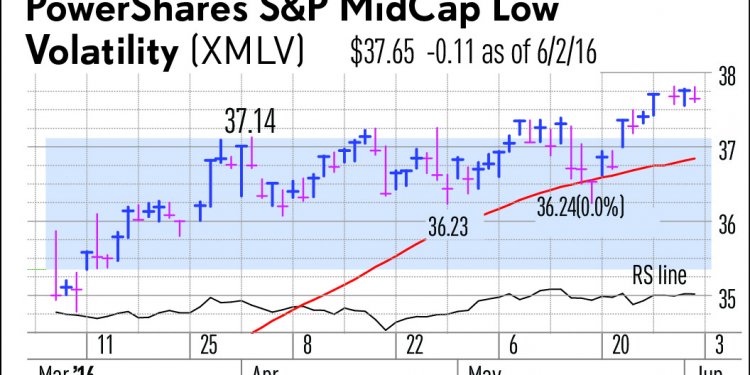 This article is part of a regular series of thought leadership pieces from some of the more influential ETF strategists in the money management industry. Today’s article features Deborah Frame, vice president of investments at Toronto-based Cougar Global Investments.

Some companies are cutting back in China and heading to Mexico to manufacture an array of products, from plastic toys to high-end products like electronics and pharmaceuticals.

Moreover, a number of American companies are also expanding in Mexico—including well-known brands like Caterpillar, Chrysler, Stanley Black & Decker and Callaway Golf—adding billions of dollars in investment and helping to drive economic integration.

All this spells new opportunity for investors through the use of exchange-traded funds that focus on Mexico such as the iShares MSCI Mexico Capped Investable Market ETF (EWW | B-95). But before going too far down the path of how investors should respond to these changes, let’s look a bit more closely at what has happened.

Unlike China, Mexico continues to boast low labor costs and has a huge advantage in terms of proximity to the American market. That’s a shift, because for years Mexico suffered because China’s low wages made it the manufacturing hub of the world.

But recently, the rise in Chinese wage inflation has resulted in the gap disappearing. Mexican wages that were nearly double China’s 10 years ago are now nearly 20 percent lower than in China.

Economists say that the American economy benefits more from outsourcing manufacturing to Mexico than to China because neighbors tend to share more of the production.

Forty percent of Mexico’s exports to the United States consist of components made in the U.S., primarily for the automotive industry. That compares with only 4 percent for Chinese imports, according to the National Bureau of Economic Research.

Notably, the Mexican auto industry is about to go on a $10 billion factory-building spending spree, establishing the nation’s rising economic challenge to rivals from the United States to China.

The trade relationship between the U.S. and Mexico was significantly strengthened through the North American Free Trade Agreement (NAFTA), signed in 1994. And since then, Mexico has worked on building trade agreements globally and now holds agreements with four dozen countries that allow duty-free trade.

Mexico’s domestic market has rebounded from a long slump, as growth in Mexico’s gross domestic product (GDP) advanced a seasonally adjusted 0.28 percent in the first three months of 2014. Year-on-year, GDP grew 1.8 percent in the first quarter. And a sign of Mexico’s growing global role is that auto exports outside of North America will rise faster than those to the United States.

For the growing share that is being enjoyed by Mexico, low labor costs, proximity to Latin American markets and government incentives have each helped spur the shift. By 2020, Mexico will have the capacity to build one in every four vehicles in North America, up from one in six in 2012, according to HIS, a global information company.

ETFs To Play The Shift To Mexico

So let’s return to ETFs such as EWW, a fund with almost $3 billion in assets under management. It tracks the MSCI Mexico Investable Market Index, which consists of stocks traded primarily on Mexico’s Stock Exchange.

Launched in March 1996, the fund has trading volume of more than 5 million shares a day. The assets are invested in a basket of 59 holdings; and Carlos Slim’s America Movil occupies the top spot with an almost 13.6 percent asset allocation.

Performance in the past three months has been strong, with EWW up 12.5 percent, 2.1 percent of it in the past month. Since inception, it has posted annualized gains of almost 13 percent for a total return of 787 percent, or upward of nine times more than when it launched.

The index is a capitalization-weighted index that aims to capture 99 percent of the total value of Mexico’s stock market.

Among sectors, consumer staples have the heaviest allocation (22 percent), while financials and basic materials round out the top three. Thanks to its heavy exposure to consumer staples, the fund will benefit from growing consumer demand in the country.

Additional ETFs that we watch and that invest 100 percent of their funds in Mexico companies:

All these ETFs, particularly EWW from iShares, and DBMX—its currency-hedged cousin from Deutsche Bank—are effective tools to access these positive changes in Mexico’s economy.

It’s a trend, as the above data suggest, that looks likely to have some staying power.

At the time of publication, Cougar held a position in EWW on behalf of clients. Contact Deborah Frame at [email protected].

Cougar, founded by Dr. James Breech, is a Toronto-based money management firm that uses only ETFs in its top-down global asset allocating strategies. Breech launched Cougar in 1993 around a downside risk management system he created. Contact Cougar Global at 800-387-3779 or [email protected].

Deborah Frame is vice president of Investments and chief compliance officer at Cougar Global Investments, a Toronto-based global tactical ETF portfolio strategist. She heads up the research team at Cougar Global, including macroeconomic, market environment and asset class correlation research used in the firm’s qualitative and quantitative asset allocation models that focus on downside risk optimization and the use of ETFs.